"...for the union of Christians can only be promoted by promoting the return to the one true Church of Christ of those who are separated from it, for in the past they have unhappily left it."

The news service of the Latin Patriarchate of Jerusalemreports (15th March 2013): “We are proud of these Churches that produce young pastors, our very ‘own’ and close to us,” and, “This new generation of spiritual leaders is our true Arab Spring of the Church in the Middle East.”Reactions of this kind were readily heard from among the faithful who filled the Church of the Virgin Mary, the Catholic Coptic Cathedral in Cairo on Tuesday, March 12, 2013, for the inauguration of the new Coptic Catholic Patriarch, His Beatitude, Anba Isaac Ibrahim Sidrak.The faithful certainly alluded to the youth of Patriarch Ibrahim, and also to the new and young Coptic Orthodox Patriarch, Anba Tawadros. We can also think of the Chaldean Patriarch, Louis Sako, the Orthodox Patriarch of Antioch, the Orthodox Patriarch of Ethiopia, all new and all quite young.
Posted by Holy Unia at 10:43 AM 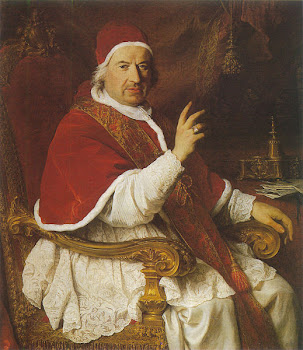 "We have no more right to think less of them than they have to despise us. This has always been most clearly the attitude of the Holy See, best summed up in the immortal words of Benedict XIV: 'Eastern Christians should be Catholics; they have no need to become Latins.' For our Lord gave his followers most explicit commands that they should belong to the one Catholic Church he founded; He never commanded them all to say their prayers in Latin or to use the Roman rite." Fr. Adrian Fortescue, The Uniate Eastern Churches Pg. 44 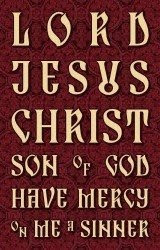 Eastern Catholic worship should be identical to the Eastern Orthodox worship.

“The firm attitude held by the Apostolic See... asking the Eastern Churches in full communion with it to have the courage to rediscover the authentic traditions of their own identity, restoring the original purity where necessary... the practice of the Orthodox should be taken into account, knowing it, respecting it and distancing from it as little as possible so as not to increase the existing separation, but rather intensifying efforts in view of eventual adaptations, maturing and working together. (Canon Law)

Remember that your faithfulness to Eastern customs and rejection of latinizations helps to preserve the great traditions of Eastern Christianity as well as to facilitate the reunion of the Eastern Orthodox with Rome.

St. Josaphat, our father among the saints. 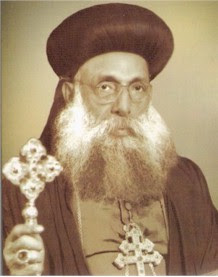 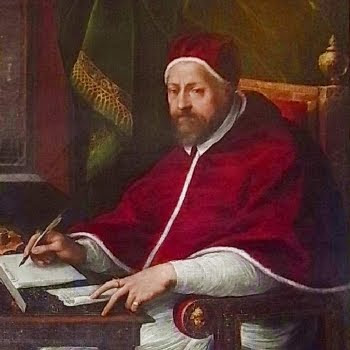 Pope during the Union of Brest 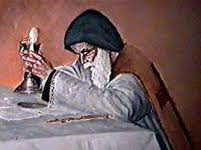 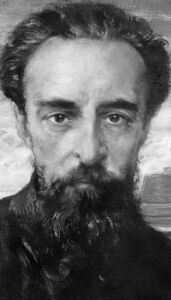 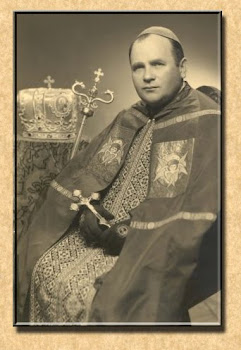 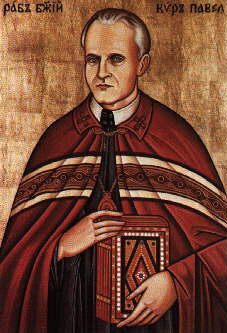 Our Valiant Ruthenian Confessor of the Faith 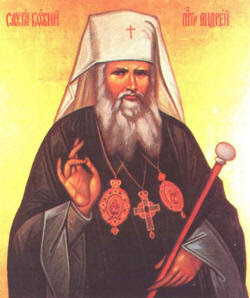 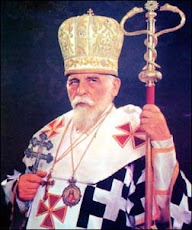 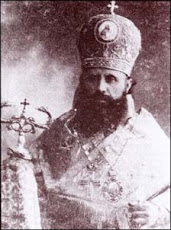 Martyred by the Bolsheviks

O Lord, Who hast united various nations in the confession of Your name, we pray to You for the Christian peoples of the Orient. Conscious of the eminent position held by them in Your Church, we supplicate You to inspire them with the desire to regain that position in order to form with us one fold and one shepherd. Grant that we and they may fully understand the teachings of their Holy Doctors who are also our Fathers in the faith. Guard us from any indiscretion which may estrange them from us.

May the spirit of concord and charity which is a token of Your presence among the faithful, hasten the day in which our and their prayers become one that every people and every tongue may recognize and glorify our Lord Jesus Christ, Thy Son. Amen. (Rome, April 15, 1916)

We are Dedicated to promoting the return of the Eastern Orthodox to the bosom and unity of the Catholic Church.

We are not members of the SSPX, nor their "Society of Saint Josaphat". We adhere to all the dogmas of the Holy Catholic faith and accept Pope Benedict XVI as a true Pope. We utterly reject Latinization!

We believe that the existence of the Eastern Catholic Churches as well as the martyrs that died, especially during Communist times, for refusing to renounce their loyalty to the Pope, the Vicar of Christ, are a living testimony of the Dogma "Extra Ecclesiam Nulla Salus" (Outside the Church there is No Salvation).

We denounce "Uniatism" if it is meant by this term the use of violence, politics, trickery or any form of coercion to bring the Eastern Orthodox Churches into union with Rome. The ends does not justify the means and these things are never acceptable. We also denounce any forced latinization of the Eastern Churches or their faithful. We also believe that the Eastern Catholic Churches which are particular churches "sui juris" should make their own decisions about things such as married priesthood in the United States. We are also against reducing the Eastern Catholic Churches to mere "rites".

However, if by "Uniatism" it is meant that it is necessary for salvation of the Eastern Orthodox Churches and faithful to be in full communion with the Pope of Rome, then yes, in this sense of the word, we support "Uniatism". The One True Church is only found in Union with the Vicar of Christ.

Our view of the Balamand Agreement:

We are convinced that the implementation of the Balamand
Agreement is an act comparable to the great man-made famine enforced on Ukraine in 1932-33, because today souls are perishing from want of spiritual food through enforced spiritual starvation. The Bread of Life is refused them not by communist authorities but by church politicians. These politicians are Catholic bishops charged by God to feed Christ's flock even at the price of their own lives.

Ours are the Catholic spirit and convictions of the Redemptorist Bishop Vasyl' Velychkovsky, and Bishops
Lyatyshevsky, Lakota, Goydych, Hopko, Romzha, Kotsylovsky, Khomyshyn, Verhun and Budka and all the New Martyrs and Confessors who chose persecution and even death rather than apostasy to the Orthodox religion. Vichnaya Pamyat! May their memory live forever! - and not be forgotten in these days of false ecumenism. A man can have no greater love than to lay down his life for his friends.

We are convinced that the Balamand Agreement which
recognises the Orthodox churches as a "Sister Churches" is a denial of reality. And worse, it is a culpable betrayal of the blood of our martyrs and the sufferings of our confessors; it is an agreement to close the Ark of Salvation, the Greek Catholic Church, to millions of souls in Ukraine, Belarus' and Russia.

Our spirit is the Catholic spirit of Patriarch Josyf Slipyj, who in 1962 returned to his prison cell rather than become the Russian Orthodox Patriarch of Moscow. He would not recognise as the Orthodox schismatics as having any valid jurisdiction over souls; his charity wanted to convert the Orthodox and make them true children of the Catholic Church.
We are convinced that Patriarch Josyf held the only solution
which God will accept: that we must convert the Orthodox even at the price of our own great suffering; that the only ecumenism is the true ecumenism of conversion and union in the One, Holy, Catholic and Apostolic Faith.

Ours are the Catholic spirit and convictions of Kyr Nicholas Charnetsky the Redemptorist missionary bishop-monk for the territories beyond Halychyna, a tireless apostle among the Orthodox for Holy Re-Union; in 1933 alone he united 56 villages with the Catholic Church.

We are convinced that Kyr Nicholas Charnetsky's apostolic zeal for the conversion of the territories beyond Halychyna and of Ukraine, Belarus' and Russia is an example of authentic missionary charity that must be applied today. The salvation of souls is the supreme law of the Church; no human law or ecumenical agreement can be permitted to restrict missionaries and separate souls from the Catholic Church.

Eastern Churches that are in union with Rome:

Religious/Monastic Orders of the Eastern Churches

Their "Theosis" CD may be purchased here:

Links Related to the Roman Church: 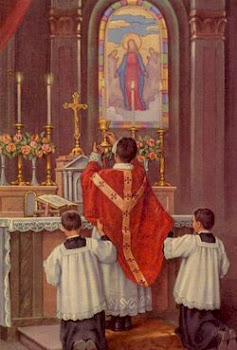